It has been a month that the criminal case against Nizhegorodskiy District Directorate of the Interior staff, Sergey Biryukov, who battered Emil Dadashov from Azerbaijan is being tried by the district court.  Notwithstanding this fact, indictee Biryukov continues serving in law enforcement. The preliminary investigation has shown that defendant Biryukov acted intentionally, contrary to his duties, without an order issued by his heads and abusing his powers; he got into the cell for administrative detainees where Mr. Dadashov was kept. When Mr. Dadashov refused to give the officer a cigarette, the latter kicked him once on the body and hit him on the head with his head. The prosecution qualifies Mr. Biryukov’s actions as a crime under cl. “a”, “b”, p.3 art. 286 of the RF Criminal Code (abuse of office with violent treatment).

Why the police officer on trial is not dismissed and continues to perform his duties using the rights of law enforcement agents and representing the state while indicted of a crime contradicting the state’s interests – one can only guess.

Neither the investigation bodies, nor the District Directorate of the Interior for Nizhegorodskiy district seem to find this situation unsound.

The Interregional Committee against Torture is going to file a motion addressed to Victor Bratanov, head of the Nizhny Novgorod regional Directorate of the Interior, demanding that officer Biryukov should be dismissed from office until the verdict is proclaimed. 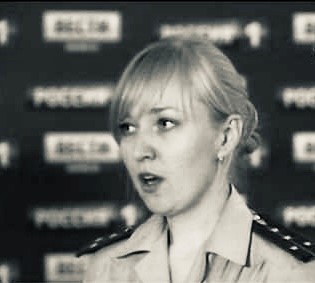